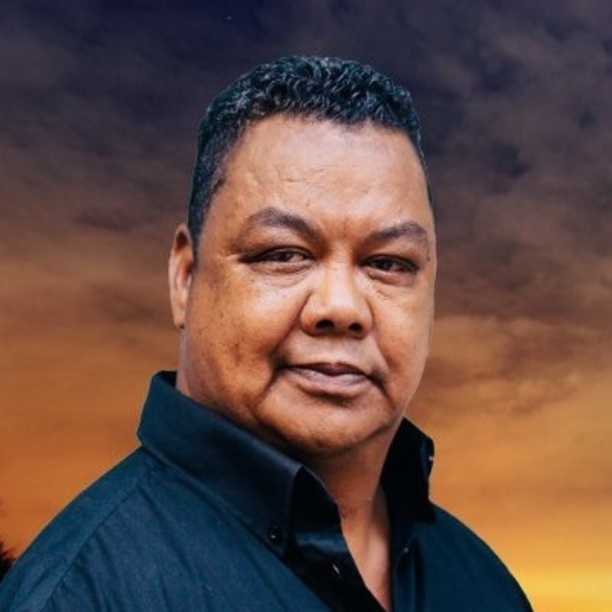 Paul Talliard, a social entrepreneur, founder of Hands of Honour Organisation in Cape Town,  lived on the streets for 15 years after losing his job.  Here is what Paul had to say about his journey from being a homeless drug addict to building a successful business.

I had a normal life, a normal township life, if that can be called normal. My parents could afford to send me to one of the best schools at the time, so l had a fairly good education. But like any young boy in a township, the temptation to do drugs and joining a gang is ever-present and at the age of 14, l started to dabble with soft drugs and joined a little gang. My dad died when l was 11, not that it’s an excuse- but l grew up without a father at a very important stage of my life and l found myself without real direction or a role model.

I managed to finish my education and became a fireman. I was a junior fireman, who was earning more than a warrant officer in the police service. I had all this extra money, as well as subsidized housing. I was earning R4 000, which was a lot of money back then, and 99% of my salary l would spend it on drugs and alcohol. My main expense became my drug habits. I got soaked into a crack cocaine habit and it spelled the end of me as a fireman and as a young man.

One morning l was walking along the road to a soup kitchen, but l was so hungry, that l looked into a bin and l saw a packet of chips. I took out this packet of chips and started eating, because l hadn’t eaten in 3 days. So, l started eating these chips and a vagrant came along and pulled out R10 and said to me ‘Get yourself something to eat’. I sat in astonishment , its funny now, but at that moment it wasn’t funny because l had to reflect on that, l was a guy who used to go to work in a helicopter, l could have lunch in Mexico City and breakfast in Los Angeles. But l am sitting here, with a packet of chips that l had taken out of a bin. It was then that something in my mind just clicked and said, ‘So far and no more’.

While my friend and I were doing drugs the next morning, he asked me if have heard of this new soup kitchen, he proceeded to explain to me about the new soup kitchen that had opened nearby. He told me that they give out sandwiches there. I looked at him cynically thinking that this was impossible. He explained to me how Glenda’s soup kitchen was run and how people were treated with dignity. I was curious, l remember that after we finished using drugs my last words to him were: ‘I’ll see you later, l want to go see what they are up to at Glenda’s soup kitchen.

When l met Glenda and her team the genuine sincerity that they had and the genuine concern they had for the well being of others, rubbed off on me. I talked to Glenda about myself and l told her that l wanted to change my life and she agreed to help me. I didn’t want to disappoint these genuine and loving people. When l felt like taking drugs l would call Glenda and we could talk, and that is how l kicked off my drug habits. Glenda had offered me some casual jobs, like mowing the lawn and I started earning a better income from people that she knew that l would work for. Within 2 weeks, l had kicked a 35-year-old habit and never went back.

“I really needed to take steps to change my life and wanted to put hope back into people’s lives.”

The Birth of Hands of Honor

I was helping in the soup kitchen and one day Glenda told me that, l needed to do something about the men in the soup kitchen. I thought for a moment and l turned and faced the audience, and that was when it hit me, l saw about 150 men and l knew this was a problem. To add to this, among the men were their sons and grandsons. So, in actual fact there were 3 generations of men in the soup kitchen. As we all know, this doesn’t bode well for the future, it creates a welfare of a dependency mindset. I spoke to the men and asked them if they would like to stay behind and have a chat and see how we can change our lives. Out of 150 men, 8 stayed behind and that was the foundation of Hands of Honor. We started off as a support group.

There was a worrying aspect because of the background of the men and illegal ways that they made money, to feed their families and habits. How would they earn an income if they stop crime and drugs? I came up with an idea to start an NPO (Hands of Honor) because there were so many men and it seemed logical. I was on the internet one day and l somehow heard about the concept called social enterprises. I saw the name Tom Schutte, I emailed this man and he replied the very next day and invited me to meet with him. I met with him and he told me that he was from England and they will be coming to Cape Town to introduce this new concept called social enterprise. There were other social enterprises, but they were bringing it to grassroots organisations like mine.

I was fortunate that everything happened so fast, one moment a lady phoned me asking me if l wanted 500 Christmas trees and l said yes. Some of these Christmas trees were broken so the men fixed them, and we sold them at flea markets, online and so forth and we made R8 000. So now l had R8 000 and this group of men, I asked myself what to do next and l had a little bit of a brainwave, l took half of the money and bought paint, screws and nails and l told the men that they now need to show their worth, as they are all going to volunteer to paint a local primary school which badly needed a coat of paint. We took pictures of before and after and l sent them to the retail chain that sent us the Christmas trees and they were happy with what we did, and they kept on sending us stuff.

Companies, colleges, advertising agencies, you name it, they send us anything they don’t need and the men up-cycled. What l mean by up-cycle is that  we either fixed it or repaired it then we sold it again. It’s not like recycling where you use the same thing repeatedly. Up-cycling is taking something broken or obsolete, adding some value to it by repairing it then sending it back up the retail chain. Hence the term up-cycling. So, 50% goes to the men as salary, and the other we go around in the community and we try and change negative space into a positive space.

Social entrepreneurs have a passion for helping people and helping to solve problems that keep people in poverty. We get emotional and will take off our salary or personal finance to help prop up other businesses. In hindsight, if l had to keep on giving, to keep my passion for helping people going, l might as well end up broke and when l am broke, who am l going to help? It’s really something to think about. 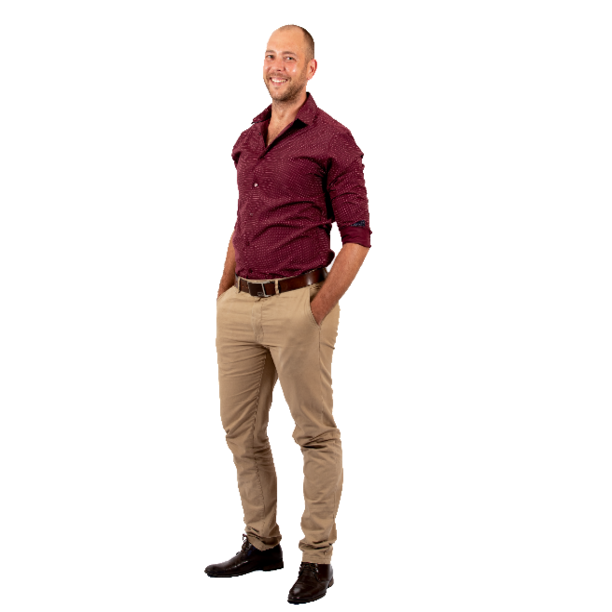 “As an entrepreneur myself, I understand the pains that you go through of wanting to do more for your businesses. Countless “how I wish” moments…JC de Jongh, Managing Director 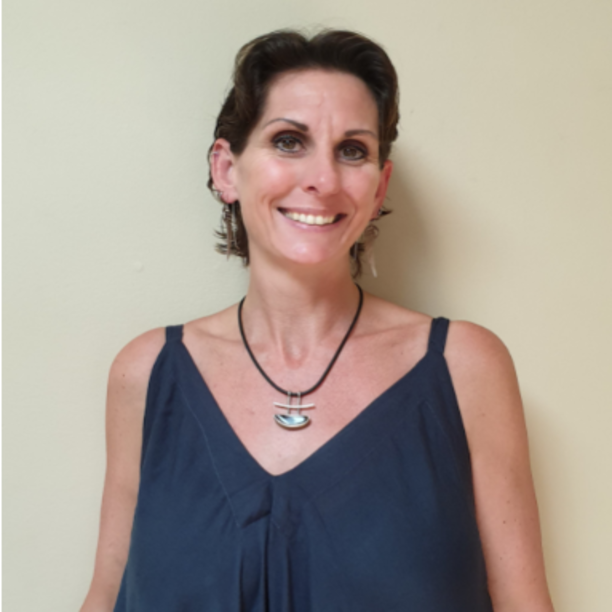 Being a woman in the building industry was most challenging due to people’s perceptions of what they think women know in the industry; Svenja Marais 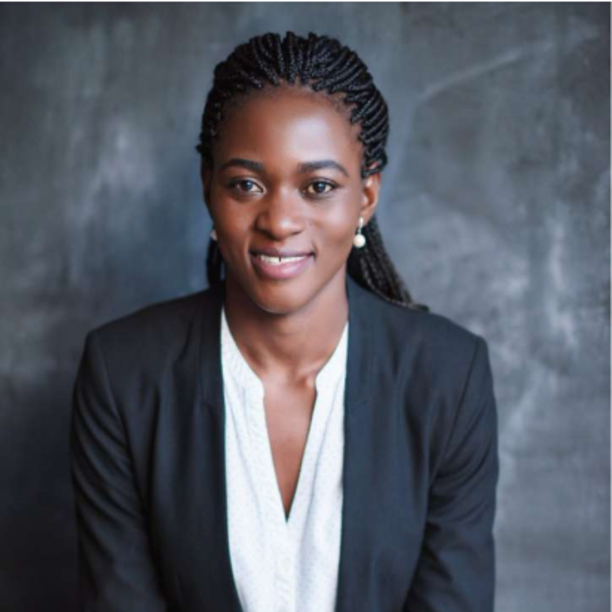